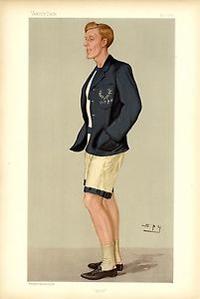 Athletics is one of the most prestigious sports at Oxford, being one of only fourteen Full Blue sports. This means that those who compete against Cambridge in the annual Varsity Match are eligible to be awarded a Blue, the highest honour granted to sportsmen and women at the university, and a highly sought-after prize.

Just competing in the Varsity Sports is not enough, however; in order to be awarded a Blue, the athlete must also achieve the requisite standard at some point during the same athletics season (although this need not be in the same event). Half-blues are also awarded to those athletes achieving a good standard in one of the events, but who do not meet the standard for a full blue. The Men’s and Women’s Captains retain full discretion over the awarding of blues. See below for more information.

Below are the minimum standard requirements. They are roughly based on the AAA of England Standards Scheme.