The British Universities and Colleges Sports Championships (BUCS) are an opportunity for our athletes to pit themselves against the best student-athletes in the country. There are two events each year - the Indoor and Outdoor BUCS Athletics Championships. Along with our matches against Cambridge, these are the biggest fixtures OUAC competes in. 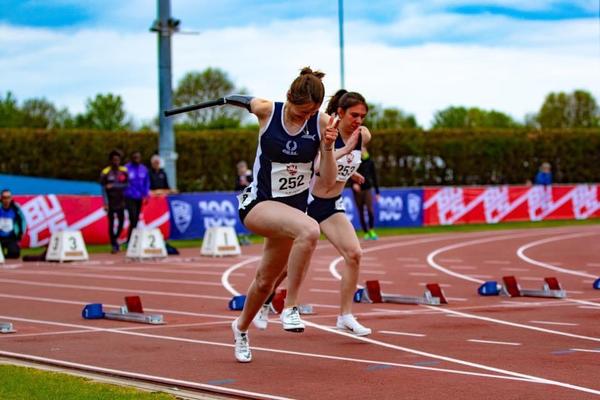 The Indoor Championships take place each year in Hilary term and Oxford athletes travel up to Sheffield for a long weekend of high quality competition. It’s a brilliant opportunity to gain championship racing experience and we often have a number of finalists and even medallists bringing back BUCS points for Oxford University.

In early May we take on the other universities once again at the Outdoor Championships. We can send at least two (and up to four) athletes per event and the competition typically runs for three days in Bedford. BUCS Outdoors is the first big test of the summer season for our members and there are always big performances. Reaching finals and winning medals is a statement to Cambridge of our strength going into Varsity later that month. This fixture is also currently used as our Varsity event for OUAC para-athletes aiming to become Full or Half Blues. 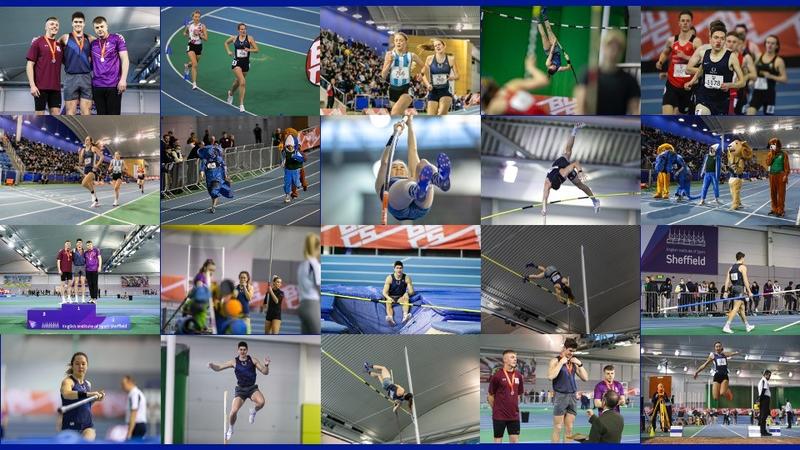 Despite a shedload of late dropouts on Thursday night and following a rough journey up through Storm Eustice on Friday morning, a depleted OUAC team put in some tantalizing performances over the weekend at BUCS.

The weekend started questionably after Will got DQed in the hurdles, but OUAC did not let this early set back affect them. Our women's captain Adahna performed fantastically clocking yet another PB in the 60m hurdles to move her up to 3rd on the OUAC all-time list, a monumental achievement. Marco followed in Adahna's footsteps to put in a very strong performance to move up to 5th in the all- time rankings. Our president, Max, despite his questionable choice of shorts, ran a strong rae but just missed out on the semis of the 800m. Eliska clocked a scintillating season's best in her 800 heat while her fellow 800 compatriot Alice had to pull out in the warmup/ Orlando also managed to injure himself and we hope he's back again soon. Anthony capped off a successful Friday, extending his PB further in the TJ and was very unlucky to miss out on the final, while Jimi managed a SB.

After a restful night, Saturday saw a string of superb performances from OUAC's athletes. Sam flew into the semis of the 400 in a tough heat,  whilst elsewhere in the biggest race of the day, our kit rep, Isaac put on his inflatable T-rex costume and put in a valiant effort in the mascot race, despite not being able to see a thing and running the entire race in lane 5.

OUAC's middle distance runners had a strong Saturday outing; Milan fustratingly missing out on the 1500 semi-final by just 0.08 seconds, a real head banger! Grace had a brilliant 3000 race an cruised into Sunday's final, whilst in the men's races there were strong runs from Renshaw and Tom/ Klara ran well in 400 while Femke backed up her performance on Friday in the hurdles with another good showing in the high jump. Rounding off Saturday evening, after a few injuries, our makeshift 4x200m team had a strong run out, with Renshaw, a 3000m runner running a terrific leg, only for Sam to drop the baton on the last leg but managed to retain a 3rd place in a strong heat. It should be said that Lemuel got the team off to a flier and Adam on second leg clocked a sub-23 second split before the chaos ensued.

Sunday again saw some stand-out performances. First up was Lemuel who recorded an impressive 200mPB; not quite enough to progress but promising for a fast outdoor time. Grace hung on to a blistering 300m final, just missing out on sub 10 minutes for her second indoor 3k of the weekend (and ever). Social-Sec Sam let someone cut in front of him again in his 400m semi, looking uninspired in the second half of the race following a fast first 200. Finally rounding up the day Esther jumped 3.80m in the pole vault, not quite a PB but still a very commendable 4th place.

The highlight of the weekend was no doubt our captain Jake, who gave the BUCS crowd a pole-vaulting masterclass, leaving the ever-growing Jake Watson fan club in awe. A new PB of 5.10m was enough to clinch his first BUCS gold - a phenomenal performance from the skipper.